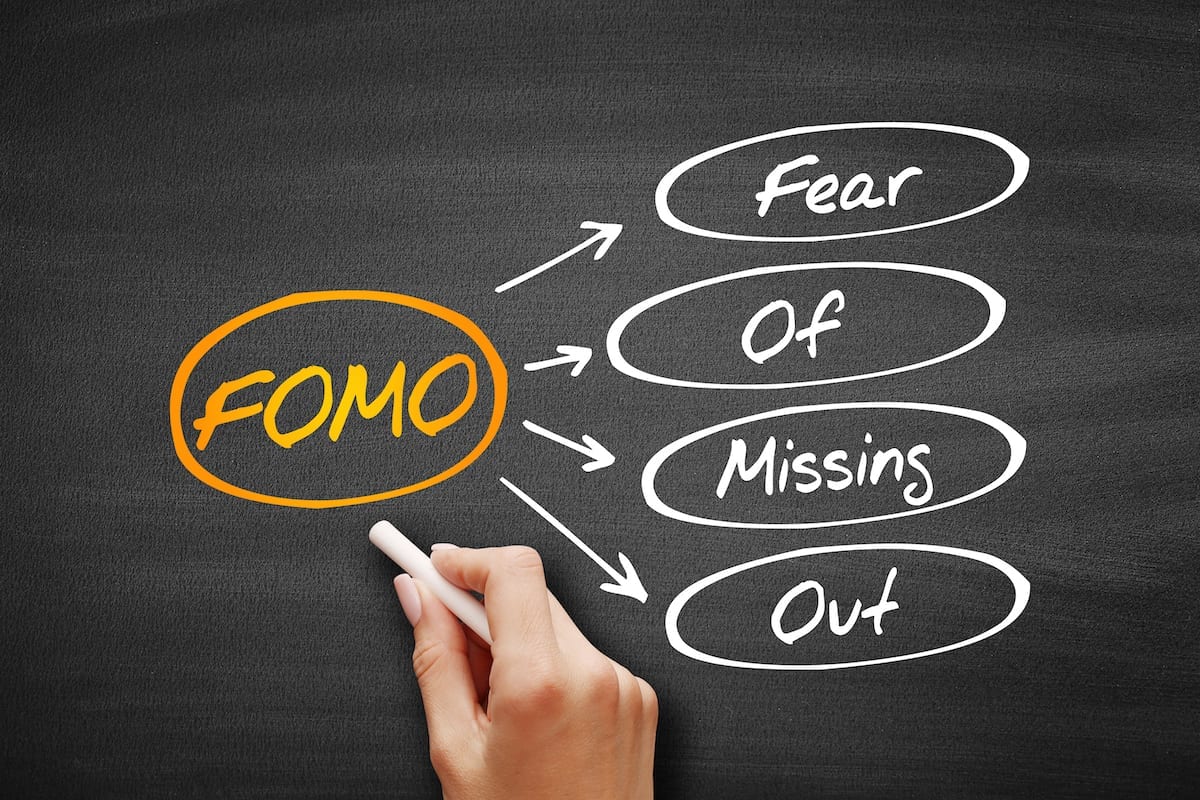 FOMO or “fear of missing out” has been causing anxiety for business owners, ordinary people, and animals alike since the beginning of time. Imagine your friends are going out together on a Friday night … maybe you have plans to do something else, or maybe you have no plans at all. Have you ever experienced the feeling that you may be missing out on a great time and some future memories? That’s the epitome of FOMO. After all, it’s true that you only live once (YOLO).

Think of how nosey a dog is. They often follow or watch their owners as they perform a simple, everyday task. They don’t want to miss anything. The same can be true for business owners.

It’s easy to see another business offering a certain service and want to compete for their customers or consumers. Or maybe there’s a new gadget, program, or software other businesses may be using and you’re worried you may be getting left behind in the world of technology. FOMO can be a big motivational factor for business owners, but should it be? Let’s break it down.

Why should you let FOMO motivate you?

FOMO can be an excellent way to give you the encouragement you need to make something happen, such as a decision. Suppose you’ve been sitting on an idea that could benefit your business or kicking around the thought of extending your services. A ll of a sudden, you see another business pop up near you performing that service, or an existing company adds a service to their list and succeeds. Maybe you have an idea to help you provide the service better than the opposing company, or maybe there’s room for both parties to succeed in the business. All you needed was a little push to drive you to put your plan in motion. FOMO can be that push. Perhaps there’s an exciting new software or technological device that could potentially really benefit your company. You don’t want to miss out on something that could revolutionize your business. You may take the risk and it might work out and take your business to new heights! After all, nobody ever got FOMO from something that didn’t sound like a good idea. If your friend said, “I’m just spending my night staring at the wall.” You probably wouldn’t be too sad over missing out on that plan. But if it sounds like a good idea, maybe it’s worth a shot! Running a small business is kind of like that too. It’s a copycat world and everybody can’t come up with the next big thing on their own. If you’re worried about missing out on something new that could benefit your business, maybe it’s for good reason. Perhaps, it’s time for a change.

Why shouldn’t you let FOMO motivate you?

On the flip side, there are also reasons why you should NOT let FOMO influence your business decisions.

FOMO has the ability to cause people to make impulsive decisions, be that with their money, time, or other resources. In business, impulse should rarely affect the decision-making process. Nearly all business decisions should be decided from calculated risk, not just because there is something new on the market or because other businesses seem to be moving in a certain, similar direction. Not every program or idea can improve every business and translate into greater success; the next big thing isn’t for everyone.

There are also oftentimes growing pains involved with new technologies. It will take time for your office of peers to learn and adjust to that new gadget or software, making it less efficient before it becomes more efficient.

Another reason not to let FOMO motivate you to make decisions is, simply put, everything isn’t always always what it appears to be. Maybe you see another business near you that does things a little differently, with new technology, or with new and/or different services. It might work for them, but it might not work for you. Or it might work for them for a small amount of time, but then cease working after that. You don’t want to jump into something just because other people are doing it.

The saying “be yourself” applies to people, meaning they should be a combination of their own personal surroundings and beliefs. Let your business “be itself.” Maybe you aren’t missing out on anything at all. Your authenticity and independence may benefit you. 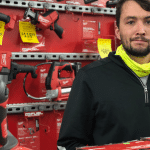 Trust, Profitability, and Being Market Able

Are you using your social media policy for good? 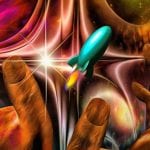 Defining Sales vs Marketing with Your Sales Funnel 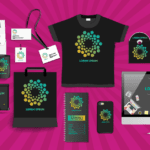 Using a Brand Board to Manage Healthy Brand Ambassadors 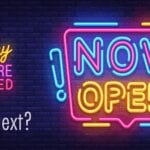 What Now? Are You Ready for What Comes Next? 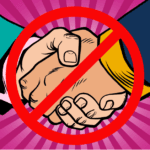 Communicating COVID-19 changes for your business 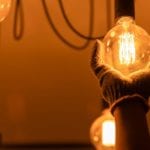 Creating change for my organization 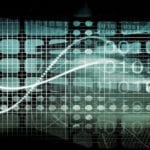 WordPress Maintenance: News for Our Clients 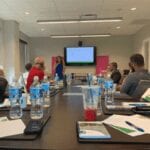 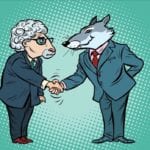 “Lurking” Under the WordPress Hood: A Wolf in Sheep’s Clothing